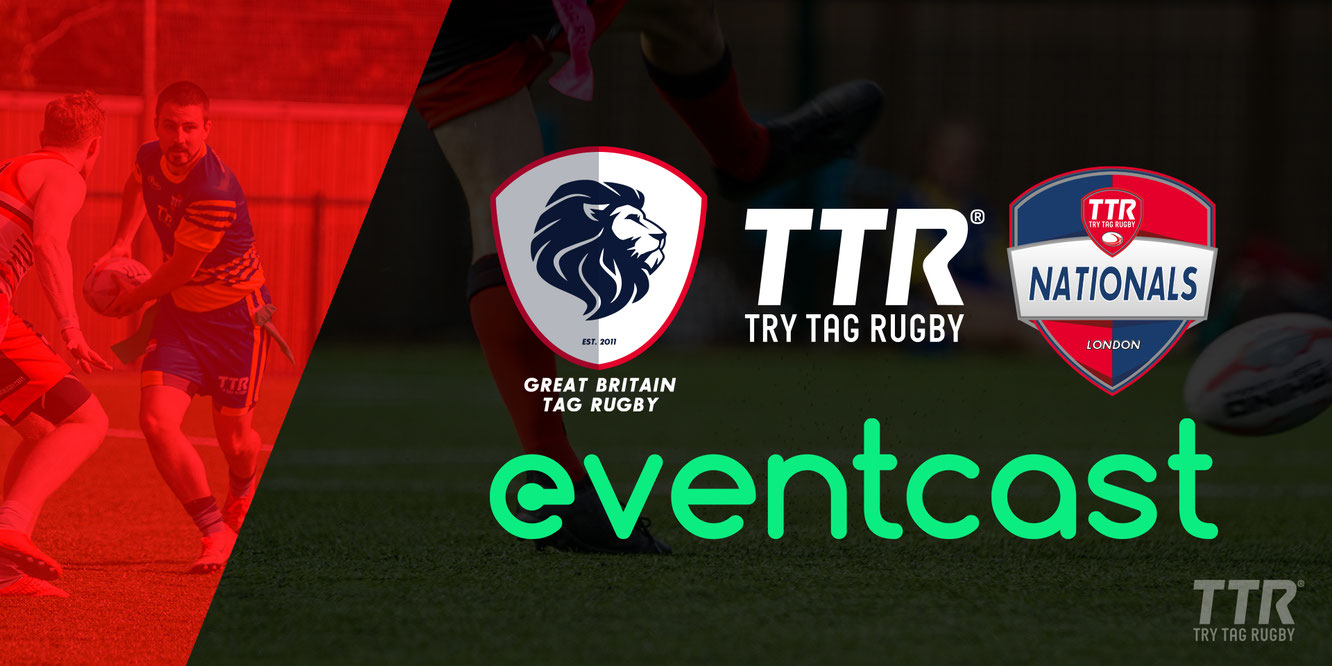 Eventcast is a video production company, specialising in content creation and live streaming of events to social and online platforms.

Both events will feature a live steam pitch, with a full live stream schedule announced in the coming weeks. Games will be live streamed on the Try Tag Rugby Facebook page (www.facebook.com/trytagrugby).

“Partnering with Eventcast allows us to showcase the best of Tag Rugby in the UK with two high level competitions,” said Try Tag Rugby’s Media and Design Manager Steve Devonshire.

“We’ve experimented with live steaming finals in the past, and we live streamed a number of games from the Tag World Cup in Australia, but with Eventcast on board we can take these streams to a new level and reach a wider audience.

“With both these events we’re sure there’s going to be increased interest, with the British & Irish Cup we’re likely to see viewers from Ireland, the rest of the UK and further afield including Australia. The UK Tag Nationals is also likely to create a large audience with viewers up and down the UK tuning in to see how their region is performing.”

Jon Wells, owner of Eventcast said: “We’re thrilled to be teaming up with Try Tag Rugby to help extend the reach of Tag Rugby across the country and the world.

“Live streaming will ensure that everyone, regardless of their location, can watch the action from these two exciting events.”

Great Britain will be looking to avenge the 2018 British & Irish Cup defeat in what was the narrowest winning margin to date. Both sides won two categories each. The cup came down to a matter of competition points accumulated throughout the tournament, with the overall result still not being decided until the final games on the day. Ireland clinched the trophy with a total of 26 competition points to Great Britain’s 22.

The second annual UK Tag Rugby Nationals will bring all the Try Tag Rugby regions together to battle it out to see who is crowned the UK Tag National Champions. In 2018 East London were crowned winners after defeating North London 10-3 in the final. Both sides were unbeaten in the group games and progressed through to the final with all to play for.

Register your interest to play in the UK Tag Rugby Nationals – https://uktagnationals.eventbrite.co.uk

Both events are free for spectators.

Get all latest content delivered to your email a few times a month.